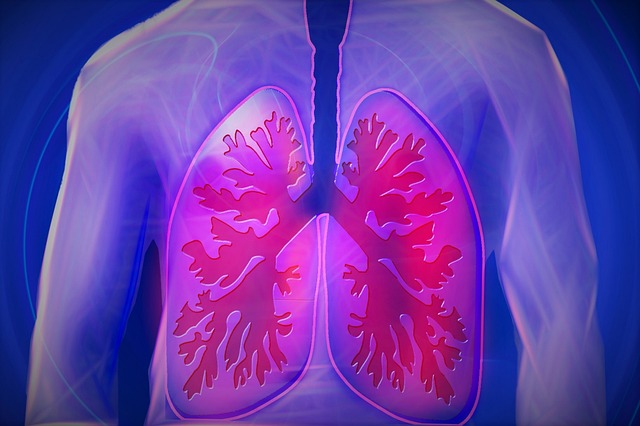 For a long time now, the VA has suspected that Agent Orange, along with all the other health catastrophes trailing in its wake, is a root of respiratory disorders for many veterans who were exposed to Agent Orange. The Institute of Medicine (IOM) has been hedging around this possibility since 1994. Due to the apparent lack of definitive research on this topic, non-malignant respiratory disorders have yet to be included in the list of presumptive conditions caused by exposure to Agent Orange.

In 1994, based upon the IOM’s findings, the VA officially recognized respiratory cancers (including laryngeal cancer, and cancer of the lung, bronchus and trachea) as a presumptive condition caused by exposure to Agent Orange. The IOM ruled that “positive associations were found consistently only in those studies in which TCDD or herbicide exposures were probably high and prolonged, especially the largest, most heavily exposed cohorts of chemical production workers exposed to TCDD.” And while studies on Vietnam veterans remained inconclusive, the IOM felt that there was enough cumulative data to find a limited/suggested association between lung cancers and Agent Orange.

However, in this same report of 1994, the IOM determined that there were too many discrepancies among studies on non-malignant (non-cancerous) respiratory disorders for it to make a definitive—or even a limited/suggestive—ruling on an association between respiratory disorders and exposure to Agent Orange.

PROBLEMS WITH THE INSTITUTE OF MEDICINE RESEARCH

The IOM depends upon medical research in order to make a proper determination on whether or not a condition is related to Agent Orange. What it boils down to is this: most of these medical studies base their conclusions on mortality rates, not occurrence rates. They study how many people died of “x” condition who were exposed to “y” for a certain duration. There are several problems with this:

Another big reason that the IOM has been so reluctant to link respiratory mortalities like COPD to exposure to Agent Orange is all the other factors that can cause a respiratory disorder, such as smoking, post-service exposures, etc. As the IOM states in its 2012 Update to the “Veterans and Agent Orange” publication:

You see the problem. While cigarette smoking is a valid risk factor, however, there have been numerous cases in which non-smokers still suffer from respiratory problems that can only have a logical origin in exposure to Agent Orange. In particular, the IOM cited studies conducted in 2006 and 2010 which gave affirmative evidence of respiratory problems due to Agent Orange exposure.

In 2006, Han Kang and Nancy Dalager, both from the Department of Veterans Affairs, along with five other researchers, published a study, Health Study of Army Chemical Corps Vietnam, Veterans Who Sprayed Defoliant in Vietnam. This article followed a 1997 study by the same authors in following the Vietnam veterans who served in the Army Chemical Corps. The purpose of this 2006 health survey study was to determine the long-term health consequences of Agent Orange exposure among Army Vietnam veterans who were occupationally exposed to herbicides.

According to this study, Vietnam veterans who had sprayed Agent Orange showed a significantly increased risk for diabetes, heart conditions, chronic respiratory conditions, hypertension requiring medication, and self-reported poor health status, than those who did not spray Agent Orange. And while there was no statistically significant impact of Vietnam service in general on these conditions, chronic respiratory disease was a condition found to be significantly associated with a history of spraying herbicides. The authors note that these associations are consistent with date from the Air Force Ranch Hand Study of 1997.

The study concluded with an assertion that, compared with other veterans with no history of exposure to herbicides, “US Army veterans who were occupationally exposed to phenoxyherbicides in Vietnam experienced significantly higher risks of diabetes, heart disease, hypertension, and non-malignant lung diseases.”

In a 2010 follow-up to the article outlined  above, Han Kang and Yasim Cypel (both from the Department of Veterans Affairs) published a study, Mortality Patterns of Army Chemical Corps Veterans Who were Occupationally Exposed to Herbicides in Vietnam. They studied Vietnam veterans who had been a part of the Army Chemical Corps (ACC), whose job had been handling and spraying herbicides around the perimeters of military base camps in Vietnam. Admittedly, this study observed a class of veterans with a very specific MOS and set of duties; however, the IOM stated that “the ACC veterans represent our best opportunity to understand the health effects of exposure to TCDD and herbicides used in Vietnam and recommended further follow-up of these veterans”.  The purpose of the study was to determine the long-term mortality rates of ACC Vietnam veterans.

This study found that ACC Vietnam veterans who had reported spraying herbicides in Vietnam were found to have “significantly increased serum TCDD (a contaminant of Agent Orange) concentrations and a significantly increased risk for diabetes, heart disease, hypertension, and nonmalignant respiratory disease associated with the exposure.” The study also noted patterns of elevated risk for digestive and respiratory diseases, when compared to those of U.S. men.

While the study in question was one on mortality rates, the researchers referred to a previous health study conducted in 1999/2000 among ACC Vietnam-era veterans—a study which supports their current findings (as of 2010). Among the 2927 veterans who participated in this 1999/2000 health study, “there was a statistically significant association between a history of spraying herbicide in Vietnam and physician-diagnosed diabetes, heart disease, hypertension, and chronic respiratory diseases while controlling for Vietnam-service status, race, BMI, military rank, cigarette smoking, and age at time of interview.”

Moreover, the current study showed that respiratory cancer and nonmalignant respiratory disease mortality were significantly greater in the Vietnam study group compared with U.S. men. This indicates that “service in Vietnam, or some aspect of this such as herbicide spray activity, [was] a possible factor.” And while researchers included the usual caveats of smoking as a significant cause of respiratory disorders, they noted that a sub-analysis of about one-half of the original ACC Vietnam veteran study group showed a greater risk of death caused by respiratory cancer and non-malignant respiratory diseases, even after adjusting for smoking. Even though this finding is not statistically significant (due to the low number of participants in that group), the researchers were of the opinion that “a similar pattern of elevated risk of respiratory diseases among Vietnam veterans with greater opportunity for herbicide exposure after controlling for smoking history lends support to the findings from the entire cohort of ACC Vietnam veterans.”

WHAT DO THESE STUDIES MEAN FOR YOU?

The Institute of Medicine continues its discussion on respiratory conditions. In its 2012 Update, the IOM baldly points out that “causes of death from respiratory diseases, especially chronic diseases, are often misclassified on death certificates.” It goes on to explain that the diagnoses of the primary cause of death from respiratory and cardiovascular diseases are often inconsistent. In cases in which the person had both conditions simultaneously, it is poses a difficulty for the coroner to determine which was the predominant cause of death (if both contributed to the death), or which condition caused or aggravated the other (for example, COPD leading to congestive heart failure and then to respiratory failure). This causes a huge issues in mortality studies—the very studies upon which the IOM bases its determinations.

WHAT DOES THIS MEAN IN THE WORLD OF VA CLAIMS FOR BENEFITS?

While the IOM needs more proof than all the research it has amassed can produce thus far, there is still plenty of research out there which supports the possibility that exposure to Agent Orange has damaging effects on the respiratory system. It may be years before the IOM finally caves and concedes the causation of respiratory disorders by Agent Orange. However, the VA laws are still in the veteran’s favor. While these kinds of cases are certainly not simple, a medical expert’s opinion, stating that it is at least as likely as not (50/50 chance) that the veteran’s condition is caused by exposure to Agent Orange, can be that golden ticket to obtaining the VA compensation that the veteran so richly deserves. Learn more about Agent Orange benefits here and Agent Orange diseases!

Originally from Covington, GA, Mary grew up in northern Idaho, where she pursued the Technical Communication program at Eastern Washington University. She recently moved to Florida in 2013, and has been with Hill & Ponton since early 2014.