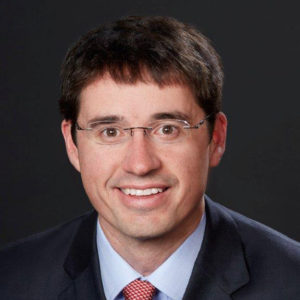 Winning a VA Appeal in the Regional Office
Pittsburgh, Pennsylvania

Prior Employment:
Judicial Law Clerk to The Honorable Anne C. Conway,
U.S. District Court for the Middle District of Florida

Personal Note:
Mr. Hill focuses his practice on representing the disabled veterans.  He is a member of the Florida Bar and the Washington D.C. Bar.  He is licensed to practice before the United States District Court in and for the Middle District of Florida, as well as the United States Court of Appeals for Veterans Claims.  He represents veterans and their dependents across the nation.

In addition to representing the disabled, Mr. Hill is a recognized authority on VA law.  He has authored several books on VA service connected benefits.  Mr. Hill gives presentations across the nation on VA disability compensation.   He is the treasurer for the board of directors of the National Organization of Veterans Advocates (NOVA).

To see blogs by Matthew Hill go here and to see his Avvo rating go here.

To future clients, Hill and Ponton law firm expedited my claim in a swift and professional manner. I recommend this firm to satisfy your disability claim.

Hill&Ponton represented both my brother & myself in VA appeals. They were both innovative and informative to both of us and more importantly were successful in both cases. I have no problem recommending them to anyone who has either VA or Social Security issues.

My lawyer took my appeals and won both I won a large settlement because of all his hard work on my behalf.

He worked 3 and 1/2 years on my appeals, kept me informed. The best thing he won both of my appeals without him I wouldn’t have any of them. I couldn’t have had any better representation then he provided me. I can not thank hm and the staff enough. The settlement was a very large one and will make life for me and my family a lot better and I would recommend him to any veteran who needs to fight the VA. Thank you again Mr. Hill and staff.

The best of the best

Where do I begin I contacted Hill and Ponte because the veterans administration was giving me the run around in regards to my benefits. Mr. Hill stepped in and ran through all of the VA’s red tap he discovered that the VA was paying incorrectly he pressured them to audit my account resulting in a nice sum of unexpected back pay that I was entitled too. He furthermore with the assistance of Marissa Manco my Case Manager Extraordinaire produced the evidence necessary to have the VA return a 100% permanent and total decision with a six figure back pay; pay out I was floored this is by far the best experience I have had dealing with the VA now I can provide for my family and I have the benefits that I deserve and have earned thanks to Mr. Hill the true definition of a bull dog and relentless litigator.

Mr. Hill got my case opened after the V.A. had closed it. He is very intelligent and he turned a hopeless Veteran into a normal member of society. He is amazing and informs you every step of the way. To me, he is an angel. Thank You, Mr. Hill.

My husband died from liver cancer as a result of chemical exposure during his Air Force career. After his passing, I went directly to the VA to claim DIC and it was denied. Then, I contacted Mathew Hill (Hill and Ponton) and hire him to represent me. Mr. Hill kept me informed and the times that I personally spoke with him he was caring and attentive. He took my case and after almost three years, Mr Hill got my claim approved by the VA.

If you’re looking for assistance with a Social Security disability claim, or any other services that this firm can provide, look no further. They have represented me since June of 2014 and I received my approval letter from the SSA yesterday that I was approved. I’m not saying your results will be the same as mine, as all situations are different, but I can guarantee you that you will be treated with the utmost professionalism, empathy, sympathy and kindness in an expeditious fashion. I can not rave enough about Hill and Ponton and their amazing staff. They work as a team and are absolutely amazing!

My first impression of Mathew Hill was truly memorable. Mathew presented himself as a mild mannered, college-type bookworm, who resembled more of Harry Potter than a modern day attorney. We were at my first case destination, in a council room with the oppositions legal representation. Mathew started the barrage and for about 30 min, bombarded the opposition with regulation after regulation, after regulation, so at the end of the 30 minutes, the oppositions legal rep, looked at me with disbelief and embarrassment ,( as if to say…Sir..Call OFF your DOG !!), well the running title that Mathew earned from that experience is “Mathew Hill…Pit Bull At Large “, because it was very clear, ( especially from the redness the opposition received), Mathew Hill was going to chew you up, and drop you somewhere else that you didn’t want to be. I will always chuckle at that first time because the next 2 cases in that same location, Mathews reputation for a fight preceded him, and the cases got resolved rather quickly. His diligence, perseverance, and dogged determination are qualities that true leaders have, and set the tone for future clients to see, integrity, honesty, respect DO and STILL mean something in this day and age.

I am located in California and Matthew Donovan Hill is the only attorney who had the experience helping veterans. I did not know I was entitled to veterans benefits and he was very knowledgeable of the law. I was granted my deceased husband’s veterans benefits.

An extra sensitive attorney for sincerely sensitive cases-veterans can trust this attorney!

Matthew Hill is a champion in my book! He took my Veterans Administration case from an incident then 35 plus years old; he believed in me and took the time to know me-and who I am-along with seeing my disability case to a 100% in favor to me. I believe in Mr. Hill and freely suggest to many military veterans-they too should believe in him!
I would like to explain that my case was of my being a victim in a criminal sexual assault that went with out justice until Mr. Hill took my case.
I have learned that his dedication to seeking justice for ‘military sexual trauma’ surviving veterans is paramount; I would place emphisis of how remarkable his attention to the sensitive nature of the crime, and the post traumatic stress its survivors endure for the rest of thier lives!
I promise these words are not enough to offer the praise that I have for this man, and great attorney!

Matt is a person who invests his “caring” in the needs of his clients. It’s not a clinical experience with Matt. I was always of the opinion Matt treated me as he would one of his own family members. I trusted Matt with one of life’s major issues and he was there for me.

"We proudly recommend your services to all in our COI."
Dear Carol, …on behalf of my son, my wife, and myself…THANK YOU so wholeheartedly. To you and your friendly staff in handling our not so easy Social Security and Veteran Administration claims. We have been greatly satisfied and rewarded with your… END_OF_DOCUMENT_TOKEN_TO_BE_REPLACED

"They took care of everything."
My name is Vickie Clark. My husband, Robert Clark, was diagnosed with liver cancer back in March 2009. He was a Vietnam veteran. I had been telling my husband back in 1992 to apply for VA benefits but he would not do anything. Finally, when he got di… END_OF_DOCUMENT_TOKEN_TO_BE_REPLACED

"I can’t thank you enough for everything you’ve done for me."
Please let me express my sincere gratitude and appreciation for all the hard work you and your staff provided me during a difficult time in my life. I want you to know that you have inspired me with confidence and understanding of my situation. Also,… END_OF_DOCUMENT_TOKEN_TO_BE_REPLACED

"Professionalism is evident here"
Although this may be an overlooked task in today’s business world, I feel that I must bring to your firm’s attention the outstanding service I received by your representatives throughout my claim process. I am, of course, very delighted to hav… END_OF_DOCUMENT_TOKEN_TO_BE_REPLACED